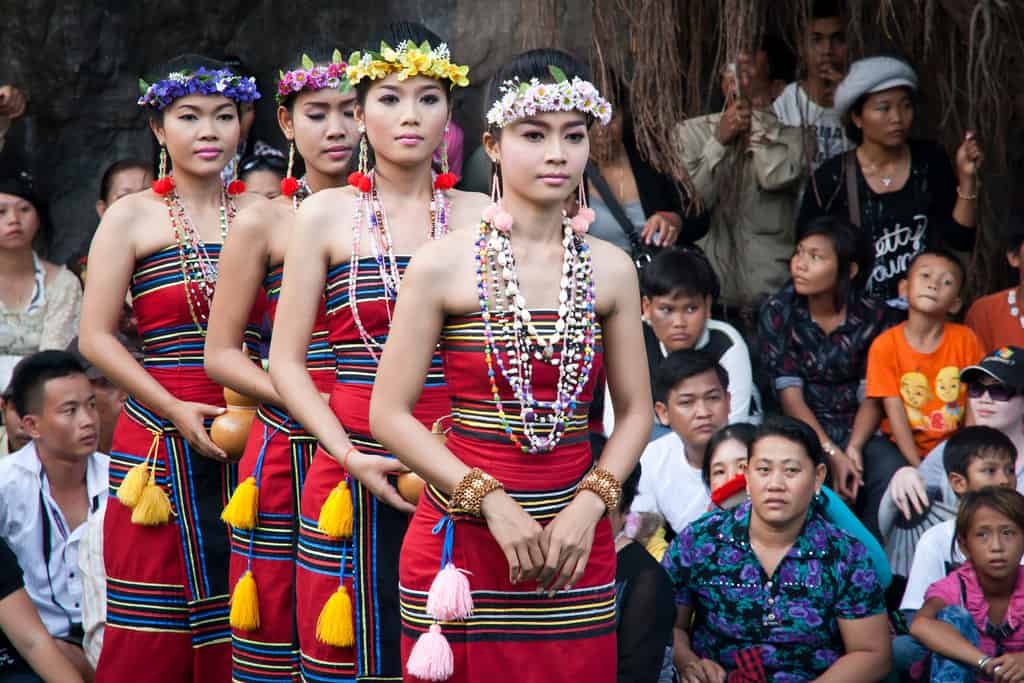 So you decided to visit the land of the greatest religious monument in the world – Cambodia and the Angkor Wat temple. Great choice, but there are so many other temples along with the greatest one, so you might feel overwhelmed. Getting around in Siem Reap – the largest city near the Angkor Wat is not an easy thing, so it’s best to learn everything you can about the local ways and traditions.

Siem Reap is the most popular place in Cambodia for tourists. The place is visited by millions of tourists every year, all year long. It is popular for the temples, Pub Street where all the fun happens, and many other activities and sights to see. Here are some things you need to know about the locals and their customs.

Placing Palms Together as a Greeting

Placing palms together with a small bow is called “sampeah” and is a very important part of the Cambodian culture. It is a way to show respect or greet someone. The sampeah is also used for praying by Buddhists but the people use it every day to greet their friends, neighbors and all people they encounter during the day.

It is also used as a way to say sorry or thank you, so it’s kind of an all-around greeting that can be used every time you want to show you appreciate the person next to you. It’s important to know that the higher the hands and smaller the bow means more respect – so if you do the sampeah, try not to do it just because you think it’s cool, but more to really show appreciation.

Younger Cambodians are considered impolite if they maintain constant eye contact with the elders. Same goes for people with higher social status then theirs, so if you like to show some locals that you appreciate their presence, at least show that you know Cambodian culture and try to avoid eye contact.

Yes, it’s true, for some people what the locals eat is strange but it’s worth to mention that everything you see people sell on the street as a snack is delicious and tasty. You might get shocked when you hear that you’re offered roasted spiders or scorpions.

If you feel like you don’t trust these sellers, you can always get to the Grand Bayon Hotel where you can find everything from traditional to modern cuisine that is one of the best in Siem Reap. The employees there will tell what’s best, what not to eat and where to try some of the local specialties.

The Head And Feet in Cambodian Culture

In Cambodian culture, the head is considered the most important thing of the human body because it carries the soul. That’s why no one touches other people’s heads, not even the head of the children. The feet are the farthest part of the body from the head, so they are considered the less worthy.

Cambodia is a traditional place and certain rules must be followed when you’re visiting the great temples of Siem Reap. Make sure you cover your shoulders and have pants that cover body parts below the knees. Yes, it’s hot in Angkor Wat all year long, but this is something that is very important to the locals and with this, you’ll show a lot of respect to their religion, customs, and tradition.

Like we said, Cambodia is a traditional country. When you’re in public with your partner try to avoid showing emotions because it will be considered impolite. Also, be careful when you interact with locals especially with the opposite sex – touching a person, even if you want to take a picture with someone might be considered a sign for something else, so be careful.

Getting around Siem Reap is not easy though. You’ll need someone that can show you the way, tell you about popular places from the local’s perspective and be your on-site guide. That’s why Grand Bayon is the best place for families that are looking to explore the temples. The staff of the hotel will also help you with all the other cultural sites in the city.

When is the best time to Visit Siem Reap?