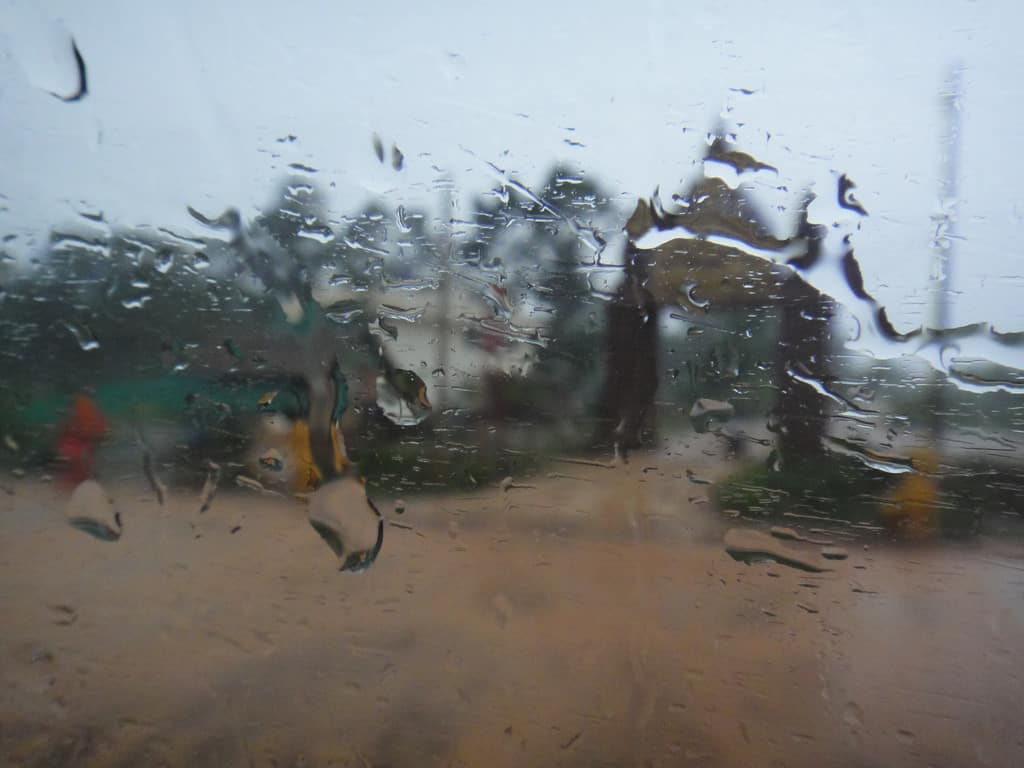 Siem Reap is a popular destination for tourists because of its proximity to Angkor Wat. Millions of visitors descend on the town each year from January to December. The most popular time of the year for visitors is the high season which runs from around November to February. The rest of the year is the low season.

However, that doesn’t mean to say that you should avoid the low season. There are also many advantages to coming throughout the entire year.

One of the biggest attractions for visiting Siem Reap during the high season is the weather. It’s also the cooler dry season with January usually being the coolest months of the year. The cool weather makes exploring Siem Reap more bearable. Even though the temperatures can be in the high 20s, it’s much better than in the hot season when temperatures can be as high as 40 degrees.

The mornings are also very fresh and cool and sometimes there is a slight damp in the air. The lack of rain can mean that it gets quite dusty at this time of year and the countryside is more brown than green.

The low season is also the rainy season. However, this shouldn’t put most people off. There can be a lot of rain, but it’s unusual for the rain to last more than an hour or so. There is often a heavy tropical storm in the afternoon. Occasionally, it might rain into the evening or through the night.

During this season, paddy fields of full or rice, the floating villages are full of water, and everything is green. It’s a very pleasant time of year to see Angkor Wat. However, it’s also called the hot season and it can be very hot with high humidity levels. This can make it very tiring to explore the temples, especially in the afternoons. It’s hot all day and night.

If you can put up with the hot temperatures, then the rainy season has much to offer. However, it’s much cooler in the dry season and better for exploring the temples at Angkor.

Siem Reap is generally a cheap place for visitors. However, it can be much cheaper in the low season. Businesses are fighting for customer and prices are generally reduced to encourage more bookings. You can often find some great deals. The Grand Bayon Siem Reap Hotel has great promotions and packages running all year round. We offer competitive rates in both the high and low seasons.

As the high season approaches, many hotels will increase their prices. There are still some great deals to be had, especially at the Grand Bayon Siem Reap Hotel.

The cost of eating in restaurants, tuk tuks, souvenirs, and other things visitors may be interested in generally stays the same throughout the year. Siem Reap has many Facebook groups where businesses post their latest special offers. Bargain hunters can find some great deals on a range of businesses throughout town.

During some international and local holidays, Siem Reap can become very busy and crowded. The roads get busier, there are more people around, and there are often lots more things to see and do.

Seasonal traditions such as Khmer New Year and the Water Festival will give you a unique experience during you stay. You can experience a traditional Khmer new year party or watch a boat race during the water festival.

International holidays such as Christmas and New Year are also widely celebrated. Other popular western holidays include Halloween with lots of themed parties and fancy dress happening around the town!

Chinese New Year is also another popular time to visit Siem Reap. Many Cambodians with Chinese ancestors will celebrate, and many Chinese people will visit the town.

In short, Angkor Wat and Siem Reap is a great place to visit all year round. However, there are some things you might want to consider.

First, the weather is hot all year round, but the cooler months in December and January are much more bearable.

Moreover, it’s often cheaper to visit in the low season and you can save money during your stay.

You also want to consider the busy times of year during various holiday periods. During the holiday seasons it can be very busy in town, but you can get to experience a Cambodian party!

Cambodian Culture – How to Blend in During Your Visit